Why Do Some Mushrooms Glow in the Dark?

Home / Food Musings / Why Do Some Mushrooms Glow in the Dark?

There’s no way getting around the fact that fungi can look weird yet enchanting. One type can look like a pair of jelly ears, whilst another looks like a toy you’d play with at the science center. Then there are others that seem to magically glow in the dark. Some of these even look like tiny night lights dangling from tree trunks and branches. And it didn’t take long for scientists to find out how and why.

It’s All About Spore Dispersal 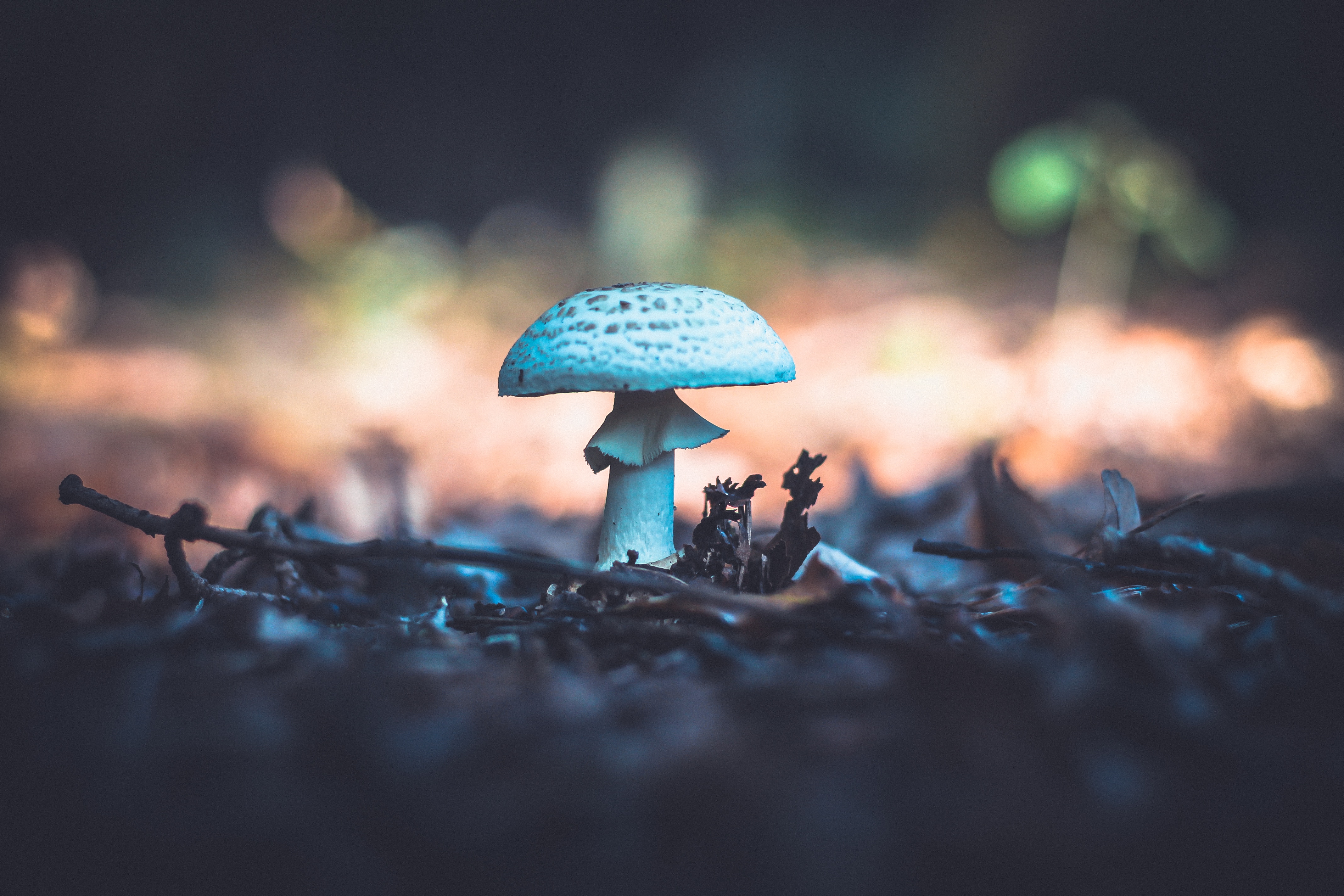 In the world of fungi, as with much of the natural world, it’s all about reproduction in order for the species to continue on. However, the problem for most plants and fungi is that they are stuck in one spot and can’t spread the spores which enable reproduction themselves. They must rely on exterior factors to help them reproduce.

Spores are tiny microscopic particles which are formed by fungi to enable reproduction of more fungi. They are much like seeds, as when they are embedded in their new home and provided with the right conditions, they will grow. This spread of spores is essential to the survival of many fungi species, especially those which thrive underground.

So how are the spores spread?

Spores can be carried by wind to a new location, however a more efficient way is through other organisms such as insects and animals. Spores will be transferred to their bodies via them eating the fungi or picked up externally when the insect lands on it. The spores are then carried to the next plant or location which the insect or animal visits.

Insects, which disperse these fungal spores, are attracted to light. Therefore it’s only natural that fungi which need their spores dispersed have evolved to produce light in order to attract insects.

In fact, this scientific study found that mushrooms have evolved over time to glow in the dark and maximize their attraction of insects at night time which could potentially carry more spores elsewhere. This light is regulated by a circadian rhythm, which allows their glow to peak when it’s dark, and go away when it’s day time. How’s that for natural evolution!

Truffles and Their Aroma

Other fungi such as truffles use different methods to attract potential spore carriers. Pigs and squirrels for example are highly attracted to the aroma which truffles give off by no accident. By finding, consuming, and digesting the truffles, their spores can easily be transferred to new locations when they are excreted. In fact, wild truffles completely depend on this method in order to get themselves to grow in new locations.

Of course, it’s not that simple to grow truffles, you also need the right environment and trees which will support them, however the aroma produced by the truffles increases their chances of being eaten and ‘dropped’ in the right location.

Browse through our blog today to find out more about truffles, their history, and handy recipes to cook them up in.