Romancing the Kitchen: Truffles as Aphrodisiac

What do we know about truffles so far? We know that they’re dubbed the “diamonds of the gourmet world.” We know about the two greats and how they make everything better. And we know that one need not go to Europe for a truffle experience, as there’s plenty of restaurants serving truffle specials. But did you know that truffles are among the world’s finest aphrodisiacs? 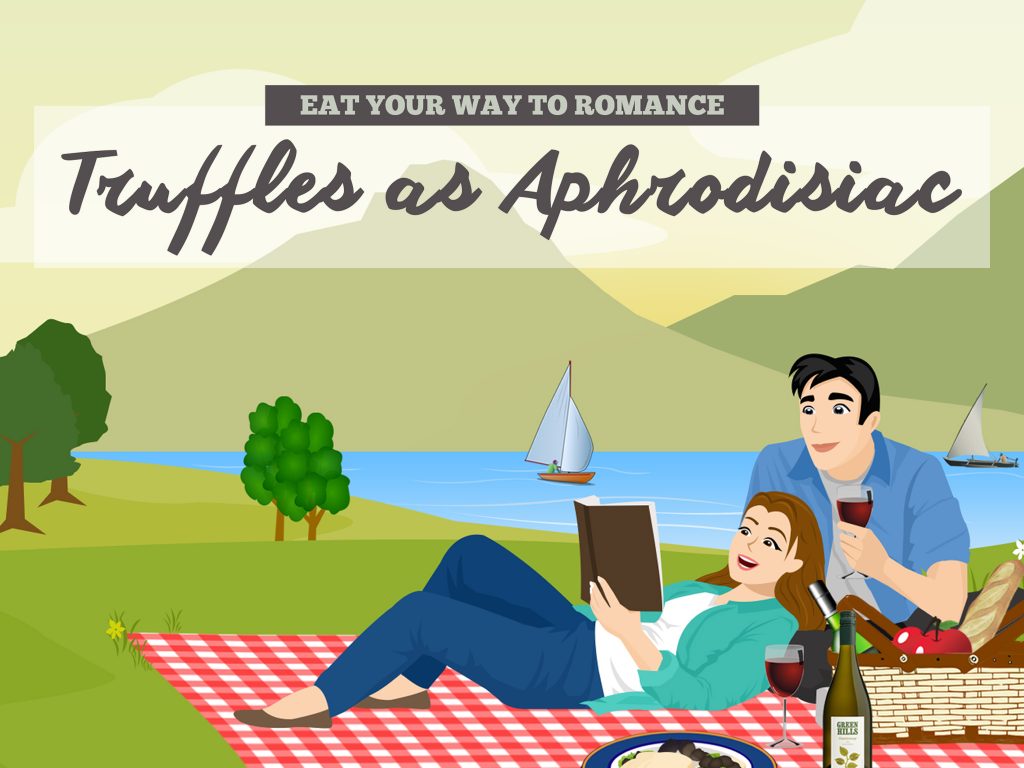 You’re probably thinking: they grow underground, they’re warty, and they look nowhere near attractive. So how can a mere fungus get a lot of people all hot and bothered?

Well, there are three things from which truffles derive their aphrodisiac status:

As fungi with a symbiotic relationship to tree roots, it’s no surprise that they’re only found in a smattering of places around the world. Their rarity, and most especially, their short season, easily warrant a spot among the most elusive, luxury food items worth desiring for.

Truffles’ musky scent – though yet to be confirmed by modern science – is believed to replicate the male pheromone, androstenone. While the human nose is not equipped for detecting these culinary gems growing underground, it’s an entirely different story for the natural truffle hunters, the female pigs: they get a whiff and they go loco!

Truffles don’t rank among the world’s most healthy indulgences for nothing. For one, they’re high in protein; and for two, they have a high concentration of amino acid. Science has yet to have a say on whether or not these things account for truffles’ aphrodisiac properties, but hey, a few shavings of delectable goodness atop ravioli or practically any dish don’t hurt their knack for making the heart flutter and helping sustain the energy for a romantic night out.

Keen to experience it yourself, aren’t ya? I would suggest that you first try the simple yet most loved Truffled Grilled Cheese Sandwich. Staying in for a lovey-dovey movie night? My Truffled Popcorn (previously known as Charlie’s Truffled Popcorn) Special’s have you covered!

The best way to appreciate truffles is to consume them as soon as possible. Then again, there’s plenty of ways to keep their aroma and taste fresh even a few days after picking:

1)      Wrap each truffle in fabric or paper without removing the earth.

3)      Place them in a container, which should then go right into the fridge.

4)      Keep the container open to allow the truffles to breathe (anything stored near your truffles will sure take on their flavor!).

5)      Truffles going soft means truffles reaching maximum maturity. So when this happens, gobble them right up!

Now go forth and have that romantic bite! Otherwise, stick around for more truffle tips.